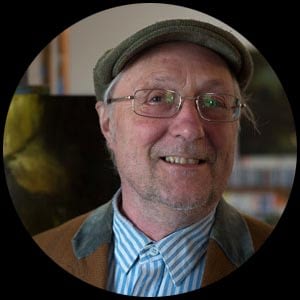 Snowdonia Spirit Co are delighted to be working in collaboration with Alan Rankle.

a significant and influential artist whose work explores social and environmental issues underscored by his interest in the evolution of landscape art.

Since his first exhibition at the Institute of Contemporary Arts London in 1973 while still a student at Goldsmiths College, he has worked variously in painting, video, photography, architectural intervention and curating, through a series of critically acclaimed international exhibitions and commissions.

His work features in collections worldwide. Retrospective surveys of his work have been presented at Gallery Oldham in 2006 and Fondazione Stelline, Milan in 2010.

Recent projects include an immersive installation Riverside Suites at the Lowry, Manchester in collaboration with the designer Veronica Givone and AFK Architects; a series of 22 works Not Dark Yet for the Grand Hotel Nuremberg and curating the exhibition Axis: London Milano for Fabricca del Vapore in Milan.

He lives and works between Copenhagen and St. Leonards on Sea.

If You'd LIKE to know more about our delicious welsh ginS, sign up below and receive news and OFFERS